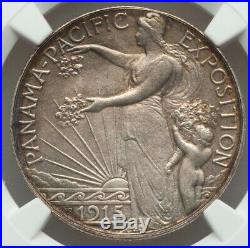 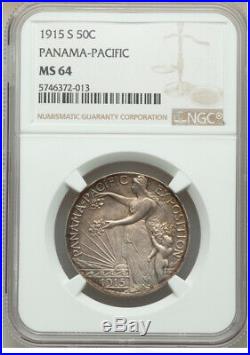 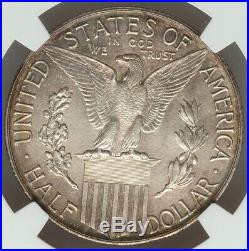 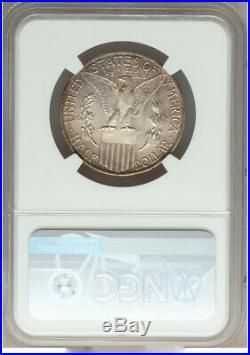 We like happy customers! We do our best to make your experience perfect. H owever, I mess things up from time to time, misplace envelopes, or stuff them with the wrong coin. I always make it right for every customer at the end of the day. I’d be especially grateful to you. This does not include any items damaged within the first 30 days. Panama-Pacific Commemorative Half Dollar. The five PanamaPacific commemorative coins were produced in connection with the 1915 PanamaPacific International Exposition in San Francisco. Excepting modern bullion coins, these two gold pieces are the highest denomination ever issued and the largest coins ever struck by the United States Mint. Coin to be issued that is not round. The Mint had already consulted artists. Treasury Secretary William G. McAdoo initially rejected all their designs. Two of them, Robert I. The half dollar and quarter eagle were designed by Chief Engraver Charles E. Barber, possibly with the participation of his longtime assistant, George T. The coins were vended at the Exposition by prominent numismatist Farran Zerbe. Barber’s half dollar. To what extent Mint Assistant Engraver (later Chief Engraver) George T. Morgan should be credited for work on the half dollar and quarter eagle is uncertain; Mint officials and employees were not consistent on this point. Assistant Director Mary M. O’Reilly said in 1936 that the bureau’s records indicated that Barber was the designer. Later the same year, she forwarded a statement by an unnamed Philadelphia Mint employee stating that by the very nature of Barber’s and Morgan’s long association (Morgan was Barber’s assistant for 37 years), the two engravers would have conferred frequently, and that Morgan’s technique is “very obvious on both sides of both coins”. [25] The employee concluded that no mistake could be made, in my opinion, in crediting both men with the execution of these two coins. David Bowers, in his book on commemoratives, mentions the dispute, credits Barber on the obverses of both coins, and gives both men credit on the reverse of the half dollar. He asserts Morgan created the reverse of the quarter eagle. [26] The obverse of the half dollar depicts Liberty, who is scattering fruits and flowers from a cornucopia held by a small, nude child. Behind them, the sun sets beyond San Francisco’s Golden Gate, as yet unadorned by its bridge. [27] Tom La Marre, in his 1987 article on the PanamaPacific issue, pointed out that miners regarded the Golden Gate as a sign of good luck, and suggested it might have been better to depict it on a gold coin. [28] The cornucopia, according to Burdette, demonstrates the advancement in trade brought by the canal, [29] though the 1915 Report of the Director of the Mint states it “signif[ies] the boundless resources of the West”. [30] The obverse is based on Barber’s earlier work, especially his medals for the annual Assay Commission. A representation of waves lies between the sun and the date, representing the maritime themes of the exposition. San Francisco’s mint mark, S, is to the left of the date. The reverse depicts an eagle atop a Union shield, flanked by branches of olive, symbolizing peace, something Swiatek and Breen found ironic given the coin’s issuance during World War I, and oak, the latter a choice which they were at a loss to explain. [27] The 1915 Mint Director’s report deemed the oak branch an “emblem of strength”. [31] Burdette notes that Barber’s original design flanked the shield with two dolphins, representing the two oceans joined by the canal, instead of branches, and speculates, “McAdoo either did not understand the allegory, did not care for it, or simply did not like aquatic mammals on coins”. [29] Art historian Cornelius Vermeule deemed the obverse of the half dollar a halfway point between the designs on French silver pieces early in the new century and A. Weinman’s’Walking Liberty’ for the half dollar. [33] That motto was first used on U. In the 19th century, it was not mandatory that the motto be used, but it nevertheless appeared on most denominations of U. Coins by the turn of the 20th century. [34] In 1907 and 1908, there had been many objections to the motto’s omission on the gold ten dollar and twenty dollar pieces designed by Augustus Saint-Gaudens. In response to the public outcry, Congress in 1908 passed legislation requiring its presence on any circulating coin which had previously borne it, as both gold pieces had until 1907. The wording on the PanamaPacific pieces was left to the discretion of the Secretary of the Treasury, but officials may have remembered the fracas. Swiatek and Breen suggested that those involved in creating or approving the design may have moved to head off controversy. The item “1915-S 50¢ Panama-Pacific Silver Commemorative Half Dollar MS64 NGC” is in sale since Saturday, May 16, 2020. This item is in the category “Coins & Paper Money\Coins\ US\Commemorative\Silver (1892-1954)”. The seller is “redoubt_numismatics” and is located in San Antonio, Texas. This item can be shipped worldwide.